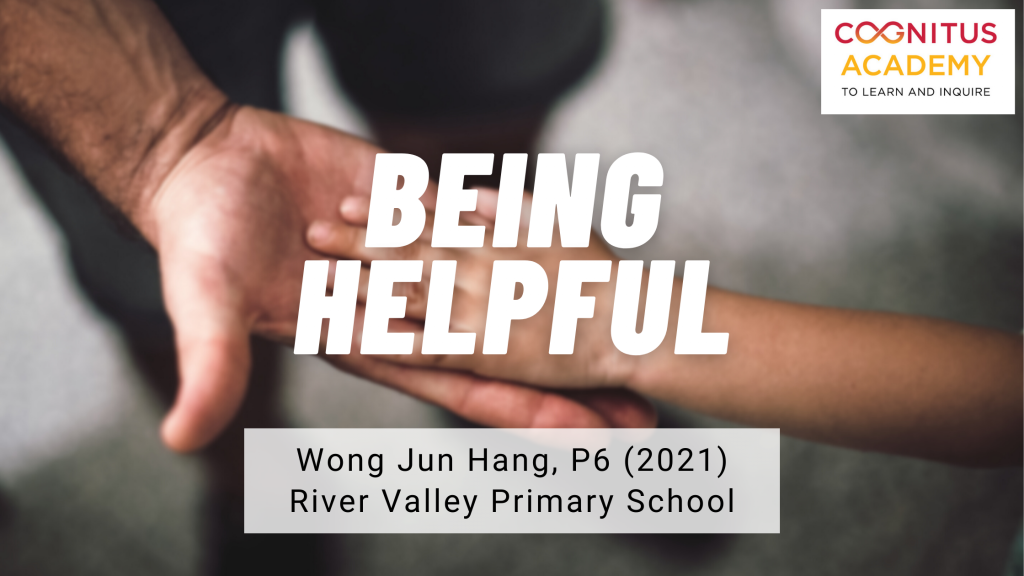 “Quickly! Let’s get to the canteen now. Otherwise, there will be a long queue at the popular chicken rice stall!” John, my best friend, exclaimed, pointing towards the canteen, creases of worry evident on his forehead.

Like a gang of prisoners set free, my classmates and I bolted to the canteen. Upon stepping foot in the canteen, the aroma of the delicious chicken rice wafted into my nose and a long, snaking queue could be seen in front of the famous chicken rice stall.

John and I made a beeline for the queue. The cacophony of children from the playground nearby reverberated in the air, interrupting my conversation with John.

“Out of the way, losers!” a thunderous voice echoed from behind me. Whipping my head around, I realised that it was none other than Tom, the notorious school bully. Shoving and jostling the students behind me, Tom jumped the queue, standing in front of me.

Enraged, I shot daggers at him, ready to fly off the handle. John, who was too timid to stand up to Tom, kept his lips sealed. Recounting the countless times Tom had bullied me, such as taking my colour pencils during Art lesson, calling me nicknames and laughing at me when I answered questions wrongly during lessons, my blood boiled.

Cupping my hands to John’s ear, I whispered softly, “I hope something bad happens to him later so he will learn a lesson and stop bullying us!” Upon hearing that, John smirked. Soon, it was our turn to order our food and find a place to gobble it up.

“We have no time to lose. It is going to be the end of recess!” I yelped in worry. John rushed me to the school hall and we had a whale of a time playing catching. I sprinted to a secluded corner of the hall to hide in and avoid being caught by John who was the catcher.

Suddenly, I heard a familiar voice from behind me. “Jun Hang!” Startled by the loud shout, I stood rooted to the ground. I mumbled to myself, “John must know me really well. He knows exactly where I was hiding. He really is my best friend.”

Spinning around, I was flabbergasted and dumbfounded. It was not John. Instead, a plump figure came tumbling down the staircase. Instinctively, I stretched my hands to help him but I was too late.

Landing directly in front of me, the stranger’s leg was bent at a grotesque angle. I recoiled in fear and disgust, squeezing my eyes shut. I was jolted back to reality by his loud moaning. Realisation hit me like a twenty-pound sledgehammer – it was Tom who had tried to look for me and startled me. My curse had worked this time.

Should I help him? He has been bullying me for two years. Just then, my mother’s voice echoed in my ears, emphasising the importance of helping others in need, whether they are a stranger, a menacing bully or a best friend. I decided to help him as he seemed to be in dire need of help.

Thump! A loud noise disrupted my train of thoughts. Tom was mustering all his strength to get up but to no avail.

Upon reaching the General Office, the teacher proffered an ice pack to reduce the swelling on Tom’s leg. Hesitantly, I placed it on his leg. Never did I expect the notorious school bully to have a softer side. Although I felt down and helpless due to Tom’s bullying, I decided not to hold a grudge against him for a trivial matter. I began telling him funny stories to help keep his mind of his injured leg.

Not long after, Tom muttered softly and remorsefully, hanging his head low, “I am so sorry for bullying you. Thank you for helping me in spite of everything.”

Upon seeing his remorse and sincerity, empathy flooded my heart. Reaching out for a handshake, I replied, “It is okay, I forgive you.” Ten minutes later, Tom’s mother arrived at school to pick Tom up and bring him to a clinic for medical attention.

I did not expect that I would become friends with Tom. Before that incident, I despised Tom and would refuse to do anything with him. Now, we did everything together all the time – we worked on projects together, ate together during recess and even hung out after school.

To my surprise, my friends were willing to befriend him too. I do not think that I would be friends with him today if I had not lent him a helping hand that day.